Stonewood Construction owes all of our success to the hard work and devotion of our employees. We seek quality individuals who bring a unique background to our company. We find that we’re better served by allowing each of our supervisors to bring their own individual approach to your project while presenting a consistent process to every job through communication and dedication to your needs. We’ve also found that the assembly of this team has created some very close friendships as a by-product of our work. As friends and co-workers, you’ll find the end result successfully delivered by folks who care about both your project and the company they work for. Please spend some time perusing the profiles of our management team. We’re proud to have these fine folks in our employ. 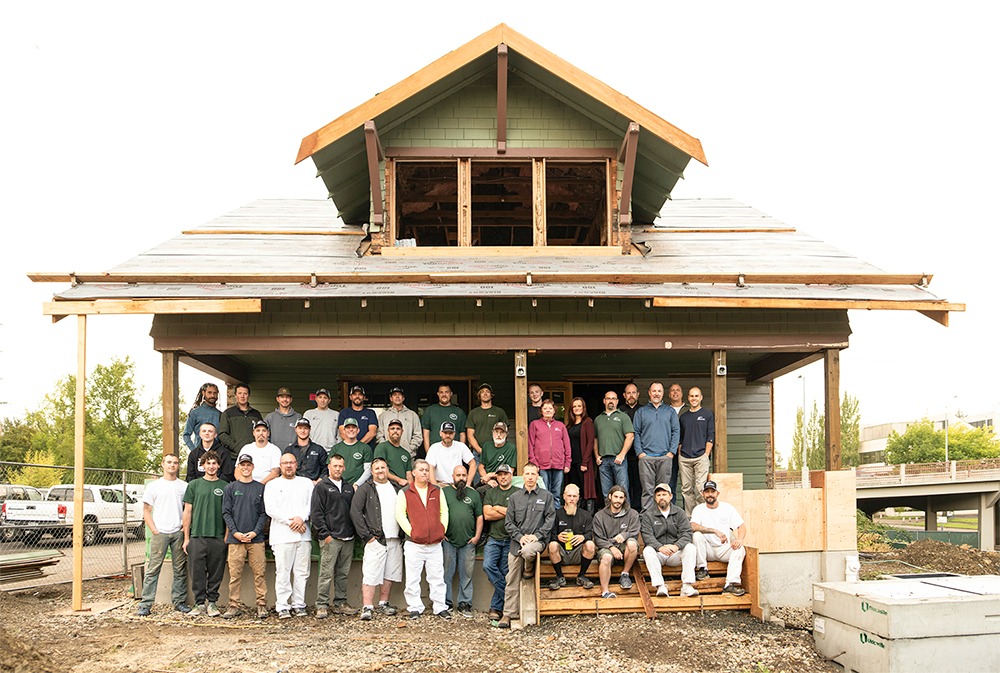 After growing up in Corvallis, Steve moved to Eugene to attend the University of Oregon. He joined the Sigma Alpha Epsilon Fraternity and took on several leadership roles, finally as Fraternity President. After graduation and a foray into the workforce, Steve returned to the U of O Law School. After completion of law school, Steve passed on taking the bar and pursuing a career in law as he was drawn back to the Fraternity he joined as an undergrad, this time as Alumni Adviser and Property Manager.

It was as Property Manager of an old building that Steve first entered into construction. He partnered with a friend who was currently operating a construction company and took on the lease of a couple additional fraternity buildings, creating a new property management company and taking on ownership of the fledgling construction company. Progressive Properties would manage the fraternity buildings while Stonewood Construction would provide construction and maintenance services and seek residential remodeling projects. While the property management side of the operation moved forward as expected, the construction business took off, moving into custom home construction and light commercial projects in addition to performing remodels and additions to homes throughout lane county. Steve’s connections to the community and Greek System at the U of O have been integral in Stonewood’s growth and the cause for his title at the office of, “The Rainmaker”.

In February of 2013, Steve purchased all of the interest in Stonewood. Steve is married to Achelle, who does Interior Design for Stonewood, and father to Adam and Blake. When not working, Steve is likely perfecting a recipe on his smoker or considering his lineup for his Fantasy Football team.

Josh started as a Project Supervisor for Stonewood in March of 2000. After earning a degree in English from the University of Oregon, Josh chose construction over a career in education and opened his own tile-setting and finish carpentry business directly after graduation.

After learning what it took to run a successful small business, Josh joined Stonewood, and two and a half years later, became our general manager. With the recent realignment of ownership at Stonewood, Josh has taken on the title of General Contractor and performs all the estimating and management of the day to day operations of the business.

When not at work, Josh and his partner, Heidi, run Chezem Creek Gardens, a tiny vegetable farm and nursery on their 5 acre property outside of town. He is father to Jacoby and step-ish father to Sonia. Josh loves to fish, play golf, cook and entertain. 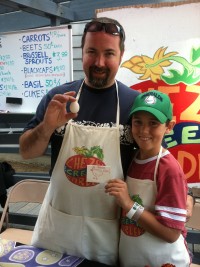 Jake is one of the few at Stonewood who has worked his way from the bottom floor all the way to the top, providing an interesting and valuable perspective to our company. After graduation with a degree in political science from U of O and completion of a year-long internship at Governor Kitzhaber’s Natural Resource Office, Jake left Oregon politics and returned to Stonewood (we begged him) to ply his skills and learn the job of Project Supervisor. In addition to providing quality work on a timely basis, Jake goes out of his way to make our clients comfortable. Jake puts a lot of miles on the truck, racing around town to lay out carpenters and painters, meet with subcontractors, inspect work for quality all the while keeping our clients up to speed on progress.

Jake loves Oregon sports, music and his partner, Jessica. They are parents to two pugs, Forrest and Bacon. 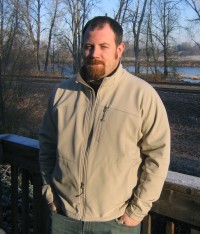 Mark has been a critical part of the Stonewood team since early 2000. As the paint crew delivers its finishing touches to all of their projects, Mark’s final nod of approval ensures satisfaction by all of our customers. Mark is known for being a man of few, but well-chosen, words, and his subtle sense of humor.

Mark lives in a log cabin outside of Drain with his wife, Terry and daughter, Peyton. 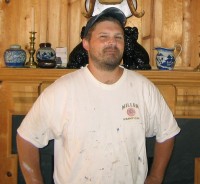 When we decided to embark on our kitchen remodel, we chose Stonewood Construction Company. From our initial meeting, throughout the design process, bidding process and each construction phase, we found Stonewood to be a competent and professional operation. Our project supervisor was completely receptive to our needs as a family and the impact a large remodel would have on our quality of life. We found every subcontractor to be equally accommodating and professional.

Thank you so much for the wonderful work you all did. We have never experienced such wonderful craftsmanship, professionalism and work done in such a timely manner as we did with Stonewood. We couldn’t be happier. We will always recommend your services to others. We will definitely use you again.

Our project ran smoothly. In the end, we were left with a beautiful kitchen within our budget and time line. Now it is time for our family to build the home of our dreams. We are thrilled to have Stonewood Construction on our project. Already we have completed our design development, and bidding process. True to our initial Stonewood experience, the current project is moving along smoothly. We will continue to recommend Stonewood to our family and friends as we look forward to residing in our new home.

I am very pleased with my kitchen update. It looks much nicer than I ever envisioned. Working with Stonewood was a most positive experience; none of the remodel horror stories came true. Every person involved in my project was professional, skilled, courteous, helpful, efficient and prompt. Well Done! I will/ have recommend you to my friends.

We have been very pleased with Stonewood Construction. They do top quality work with attention to detail and outstanding customer service. They not only understood the vision for our project, but suggested improvements to make it the best it could be with an eye on the bottom line. They stayed in communication with us on the progress of our project and helped us find ways to save money. The end result has been beautiful additions to our home and property. We recommend Stonewood Construction to all of our friends.